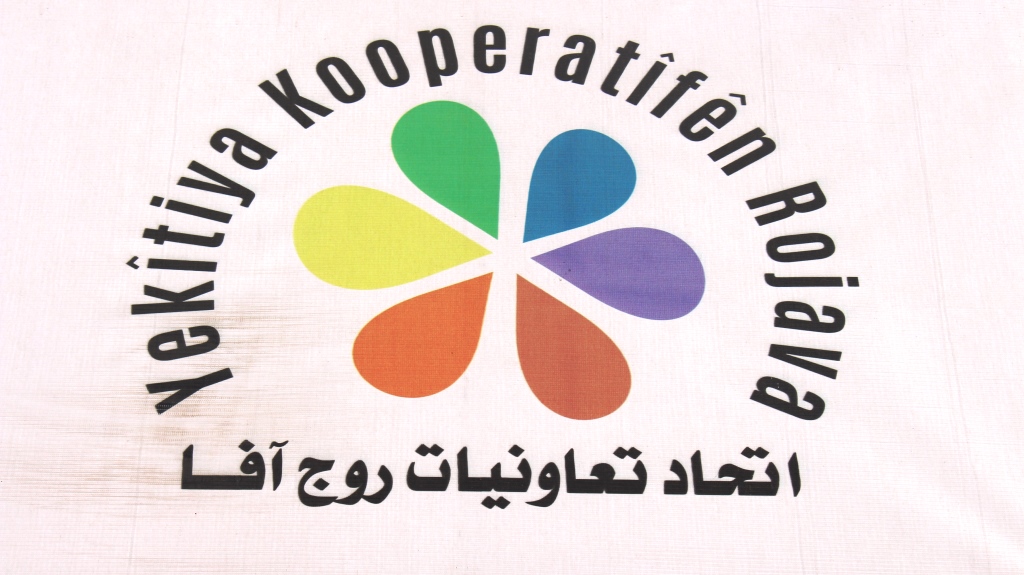 Cooperative societies have been established in North Syria to develop the communal economy. They have proven that they can satisfy people’s needs and prevent some traders from monopolising, and so far there are more than 142 co-operatives.

People in North Syria started establishing and developing co-operative societies as a result of the suffocating blockade imposed on the region, and also to regulate the fluctuating prices in the market, all with the help of the institutions that were established after the revolution of North Syria.

People and administrators in Rojava and North Syria are developing a better understanding of co-operative societies now in this new democratic environment, focusing more on self-sufficiency, and changing the capitalist mentality that was adopted by the oppressive powers in society.

The start of the co-operative societies in Rojava

The specialised institutions took the responsibility of explaining the concept of co-operative societies in the democratic nation, in the framework described by the leader of the Kurdish people, Abdullah Ocalan.

The region has been blockaded since 2012 by Turkish-backed groups, and that led many co-operatives to form day by day, and then many of the co-ops moved to liberated areas.

Women have a special role in managing co-operatives. Many women started managing projects which helped them become self-sufficient and not need to rely on men, and also develop an economy that is far from the capitalist mindset that divested women of all their rights. Şilêr Co-operative is a good example of that.

There are many committees in the regions of North Syria that have been working to develop the co-operative societies, some of which are:

Nabila Mohammed, the Co-chair of the Union of Co-operatives in Jazira Canton, said in an interview with Hawar News that the concept of co-operative societies have recently reached the areas that have been liberated from Daesh [ISIS] by The Syrian Democratic Forces [SDF], such as Tabqa [Al-Thawrah], Raqqa [Rakka] and Deir ez-Zor.

Nabila said, “There are many kinds of co-operative societies, according to the needs of every region, and they have proven that they are the best solution against the manipulation of prices, inflation and monopoly.”