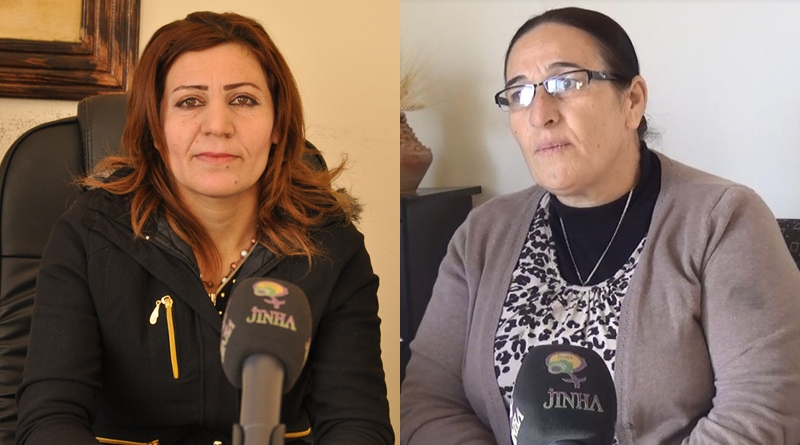 QAMISHLO – In Rojava, women, who are the pioneers of life, are making significant achievements in the field of economy. While many cooperatives have been opened with projects built by Kongreya Star Economy Committee, women form the communal economy by taking their places in working life as part of these cooperatives.

Being the pioneers of change, transformation and creativity, women always protect their labour and history. Women’s economy is a part of this history. Rojava’s women are forming their economy with their effort. Member of Qamishlo Kongreya Star Economy Committee, Sebah Ibrahîm, talked about their work to Gazete Şûjin. Sebah noted that they began their work with 100 women by forming agricultural cooperatives in Navkure village of Qamishlo and continued, “We also formed a livestock cooperative in Gir Sor village and there are 32 women in this cooperative. Now, we are starting to get the product of this work.”

‘Women improve the economy in Rojava’

Sebah pointed out women’s role in the communal economy and said, “Women took the initiative in change, transformation and creativity in history and now they are leading women’s economy in Rojava by improving it. There is a clothing workshop in Qamishlo [Qamişlo / Qamishli / Al-Qamishli] and the majority of women work in this workshop. We have a similar cooperative in Hilêliyê Neighborhood and 10 women are working in this cooperative. We also have a refectory cooperative in Derbesiye‎ [Dirbêsiyê / Al-Darbasiyah] and a bakery in Derik [Dêrik / Al-Malikiyah]. Lastly, we opened a bakery in Beroj village and 17 women work in this bakery.

‘We form a market for women to sell their products’

Sebah noted that cooperative work was important and continued her speech: “We formed a milk cooperative based on the livestock cooperative. At the same time, we formed a cooperative in Qamishlo in which women make yogurt and cheese. Before, women sold cheese and yogurt by going from house to house. This project ended this and we have formed a market in the Enteriyê neighbourhood for women to sell their products. Our aim is to create a women’s economy with these cooperatives.”

Emel Yûsif Xelîl said she was working in the refectory with six women in Qamishlo and they prepared food to order for organisations. Emel also said, “Women are successful in all their work. Therefore, they stop being reliant on men by protecting their rights and labour.”