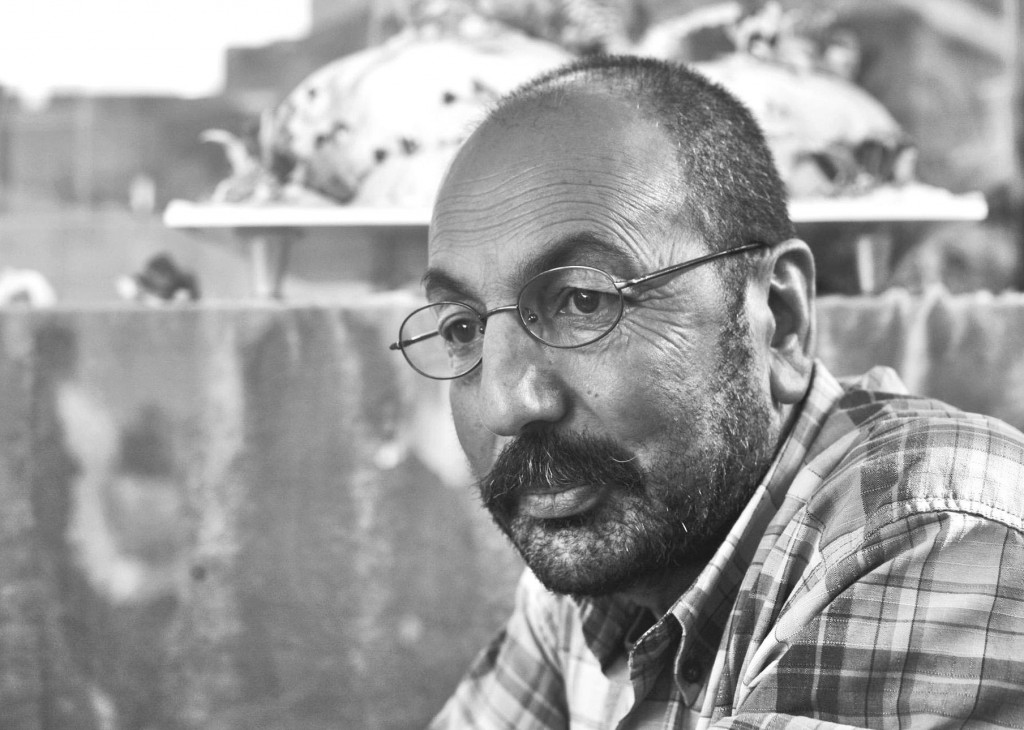 A struggle is being organized against the robbers, or the capitalist firms, that are between the producers and the consumers, in a world where industrialized production in agriculture has become commonplace, access to healthy foods is made impossible, and the producer is alienated from their products. As farmers face higher prices for fuel, seeds and fertilizer that are required for production, the cooperatives have a paramount importance in both agricultural and production and the marketing of the products as a joint venue in the consumers’ struggles against unsafe and unsanitary foodstuffs.

We spoke to Abdullah Aysu, the founding president of the Confederation of Farmers’ Unions (Çiftçi Sendikaları Konfederasyonu, Çiftçi-Sen), who defends the social organization of farmers against the increased rate of exploitation in agriculture, about cooperatives.

Meydan: How is it that while the farmer can sell their product at a very low price and often incurring losses, the product is sold to the consumer at very high prices?

Abdullah Aysu: Nowadays, a policy that substitutes corporate agriculture for farming is being implemented not only in Turkey, but globally. Policies on prices have a primary place in the realization of the policy in question. The farmers are forced to buy the necessary inputs for their production such as seeds, fuel and fertilizer at a high price, while the profiteering merchants and industrialists buy their products, which are made through a thousand difficulties, at a low price. The underlying reason for this is that there is no regulative public institution or a social organization of farmers. The corporations market the products that they buy at a cheap cost from the producer, and as there is a lack of a public regulatory mechanism that will arrange the market for the benefit of the producers, and a lack of economic organization among farmers, they sell them at high prices. Çiftçi-Sen, the organization of the farmers who seek the reclaim their rights, struggles to create the mechanisms and organization necessary for the producers and consumers to decide jointly on matters of production and sales, at every ring of the chain.

How should the cooperative be structured in order to allow the producers direct access to the consumer, and how would these cooperatives create solutions for the producer and consumer?

The most important ring of the chain I mentioned is undoubtedly the cooperatives. The cooperatives remove the profiteers that stand in the way between the producer and the consumer. It allows the producer to get full compensation for the fruits of the labour, and the consumer to gain access to cheaper and healthier food. It does not completely remove exploitation, but it minimizes it. It brings quality food to the consumer. It creates a platform where the people know where their food comes from and who produces it, as they can see this for themselves if they so wish. As the producer and consumer are directly linked, consumers can see how and where their food is produced, and who produces it. Following the solidification of this mode of distribution, we can refer to the people who benefit from our products not as consumers, but producers, This is because they direct us with their preferences, contributing in production.

With the advent of industrial agriculture, the producers are forced to produce to fulfill the state’s development plans, or the needs of the market, as opposed to the needs of the consumers. As cooperatives become commercialized through this process, they cannot create the link between the producer and the consumer. How do the ‘Trojan horse cooperatives’, that are founded to integrate the farmer to industrial production, operate?

Farmers have always had their cooperatives. These cooperatives are founded on production. However, until 2002, these cooperatives had been under the tutelage of the state. To make it more understandable, the workings of the cooperatives under state tutelage can be described as such: The farmers found the cooperative. They elect executives. Once they have elected their executives, the Ministry of Industry and Commerce appoints a general manager. The general manager would then decide the prices of the products purchased by the cooperative, the amount of the purchased product that would be processed, and how much it would be sold for. This is the ‘cooperative under state tutelage’. The farmers had always been opposed to state tutelage. They wanted to elect their own general managers. They did not want the state to manage to cooperatives, but to manage them themselves. A devious cooperative law has been put into effect regarding this issue. This is the Cooperatives Law numbered 4572. With this law, the farmers were able to elect their own general managers, but now the cooperatives were redesigned according to the criteria of the restructuring boards patented by the World Bank. Assemblage facilitates were turned into joint-stock companies and commercialized. Most of the labourers were discharged. Withdrawing credit from public banks was banned. The cooperatives, which had been founded as alternatives to corporations, and to protect the farmers against corporations, were thus commercialized. They were made to become actors in the free market. The cooperatives in Turkey did not gain autonomy from the state, or achieve democratization. Instead, they were transformed into free-market cooperatives.

Thank you for speaking to us. We hope that experience of cooperatives becomes a vital, organized resistance both against the firms that expropriate from producers as well as forcing consumers to shop from markets where goods are sold at exorbitant prices, and against capitalism.