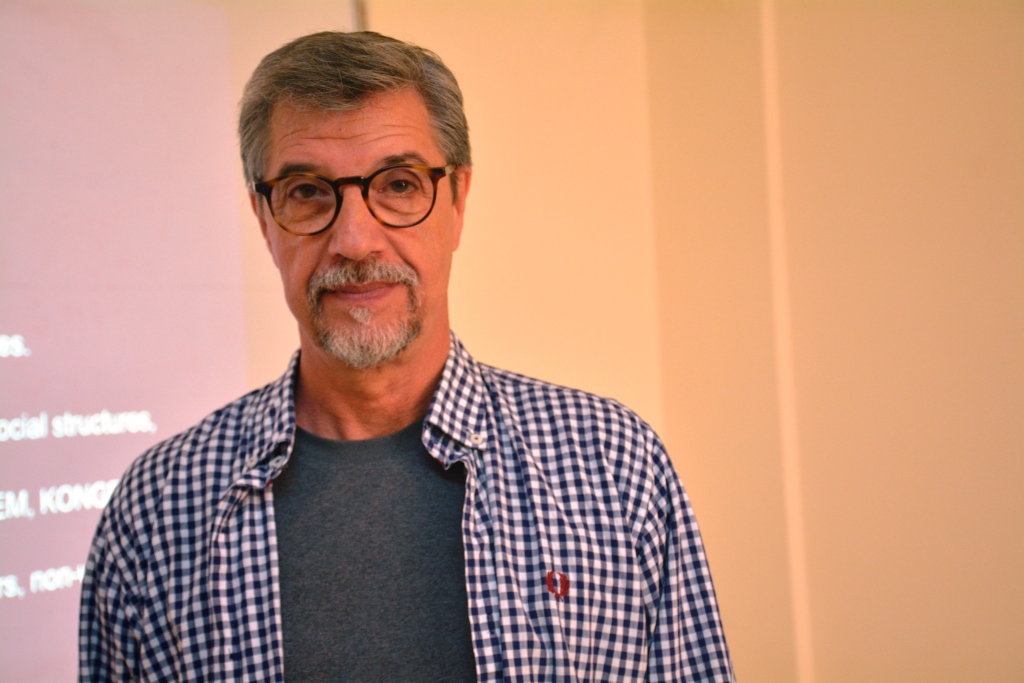 Executive Director of Community Evolution Foundation (CEF), John Restakis, visited Qamişlo [Qamishlo / Qamishli / Al-Qamishli] in order to learn about the system of the cooperative societies. John is currently working on training the members of the administrations of cooperatives in Rojava.

On the 20th day of his visit, John organised a training course for twenty administrators and members of the economic body and the cooperatives in the canton about cooperative societies and how they work.

said, ”The system of cooperative societies in Rojava is very advanced, and I came here because I do research about the cooperatives in the world”.

John said that what grabbed his attention was the connection of these coops to the institutions of the region, and confirmed that this connection is at its highest levels. He continued by saying, ”The people and society accept this system and this is very interesting. The degree of development of the coops here is much higher than the ones abroad. Many members of the cooperatives in Rojava work very actively, but they don’t have a lot of experience, and I will try my best to train them.”

John drew attention again to the development of the system of coops in Rojava and said, ”If organisations in the world knew about this development, then many of them would have given a lot of support to Rojava.”

He concluded his talk by saying that the activities in Rojava are revolutionary, and are attempts to develop the system of economy, politics and communal society.

Two small changes were made during the translation process of this article for the sake of accuracy.