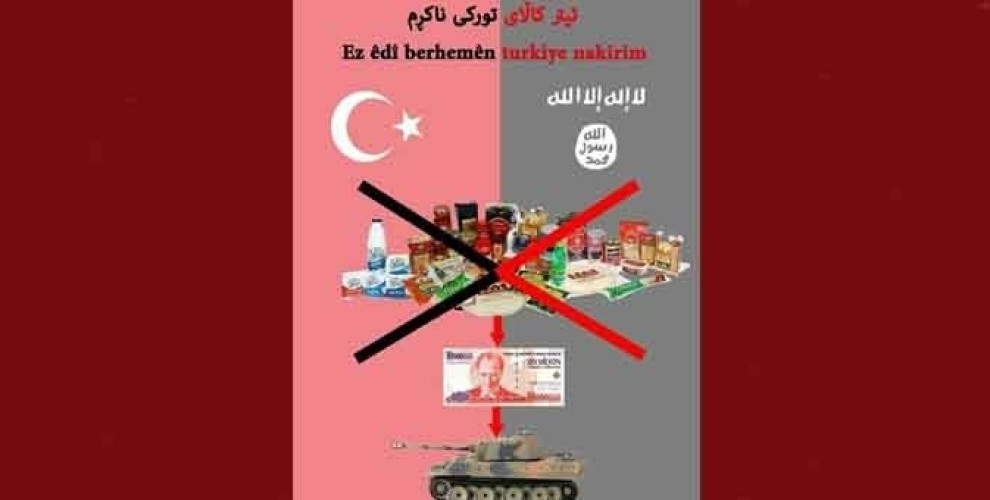 Activists in the Germiyan region have launched a campaign to boycott Turkish goods, and say Turkish goods should be banned throughout Başurê Kurdistan [North Kurdistan / East Turkey].

As reactions rise against the invading Turkish state’s attacks against Başurê Kurdistan, a campaign has been launched to boycott Turkish goods.

The activists say the people of Başurê Kurdistan should stand against the invasion attacks of the Turkish state in the region and hope to expand the solidarity network to avoid using Turkish goods.

Activists inform the people on the boycott against Turkish goods. They have received great interest from the people and are expecting high participation by the people.