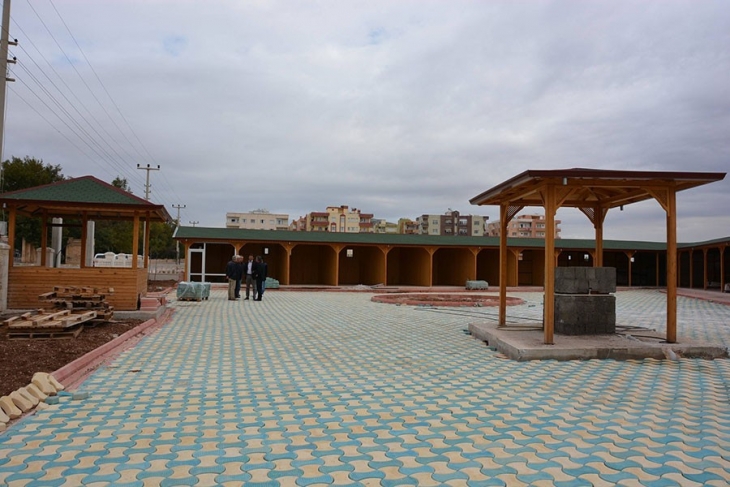 Following the top-down appointment of an administration in the municipality of Nusaybin, Mardin, the future of the ‘Women’s Labour Market’, a project named ‘Jiyana bê sînor’ (Life without limits) is uncertain. The project had been designed with the goals of increasing female employment and creating solidarity between women subjected to all kinds of violence and economic poverty.

The district had been proclaimed a women’s capital by the Democratic Regions Party (DBP) and the market was planned to be set up along the Qamishlo [Qamişlo / Qamishli / Al-Qamishli] border with Rojava.

70 women were projected to be employed

The goal was to sell organic fruits and vegetables that had been obtained through women’s manual labour, and create a source of sustenance for women in the town who were in a difficult situation financially and subjected to physical and economic violence. The 35 sections of the market would create employment for 70 women.

Additionally, there would be an area for breastfeeding and a restaurant in the market, planned to operate on a cooperative basis. While preparations had been completed in the last months of 2015, the official opening ceremony could not take place due to curfews introduced on 7 different occasions. The initiative to introduce the market that was begun on March 8, 2016, was also halted due to the curfew introduced on 14 March, 2016. Following months of curfews, the project was suspended with the appointment of the administrator on 11 September, 2016. There has not been further notifications regarding the marketplace and the completion of preparations.

Feryat Tepe, who was removed from her position as a co-assistant to the municipal leader, and an architect of the project, said the following: ‘We wanted to set up a market where everything would be produced by women. It would have included many items ranging from organic goods to clothes sewn by women and handicrafts made by women. It has been stopped in its tracks. (DİHABER)