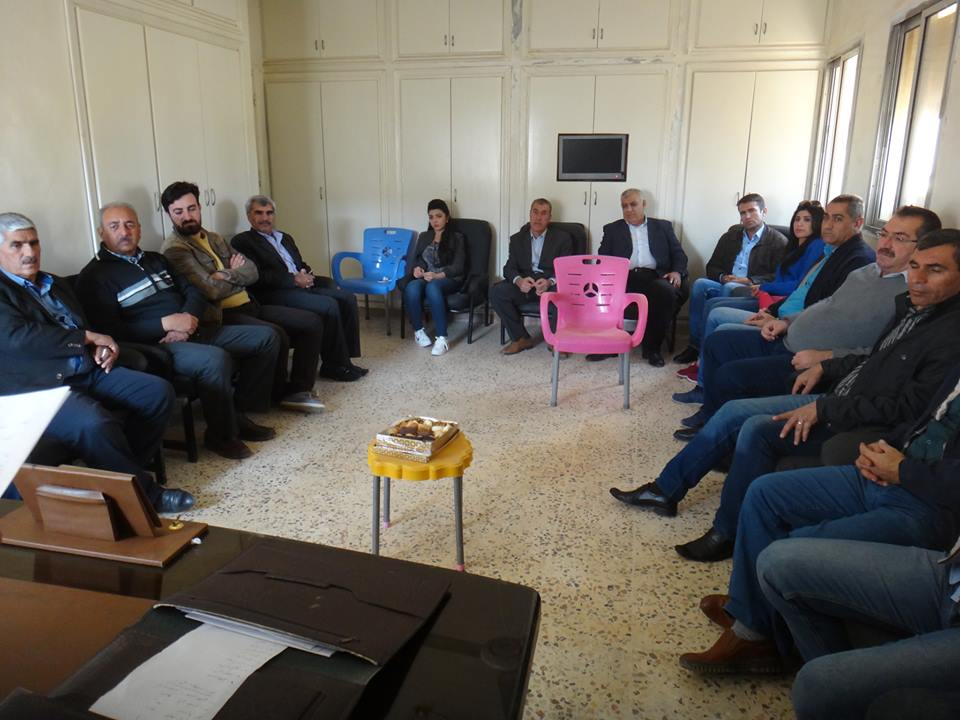 The Federation of Farmers in the Jazira Canton [Kantona Cizîrê‎ / Cezîre] formed an assembly to contribute to the development of agricultural plans. This came after a meeting in the centre of Derik [Dêrik / Al-Malikiyah], which many farmers from the region and members of the federation attended. The assembly will become an umbrella for all the agricultural departments in Jazira.

The attendees discussed ways to develop agriculture in the region.

According to administrators in the union, this assembly includes all the agricultural departments in the region and will be managed by their administrators.