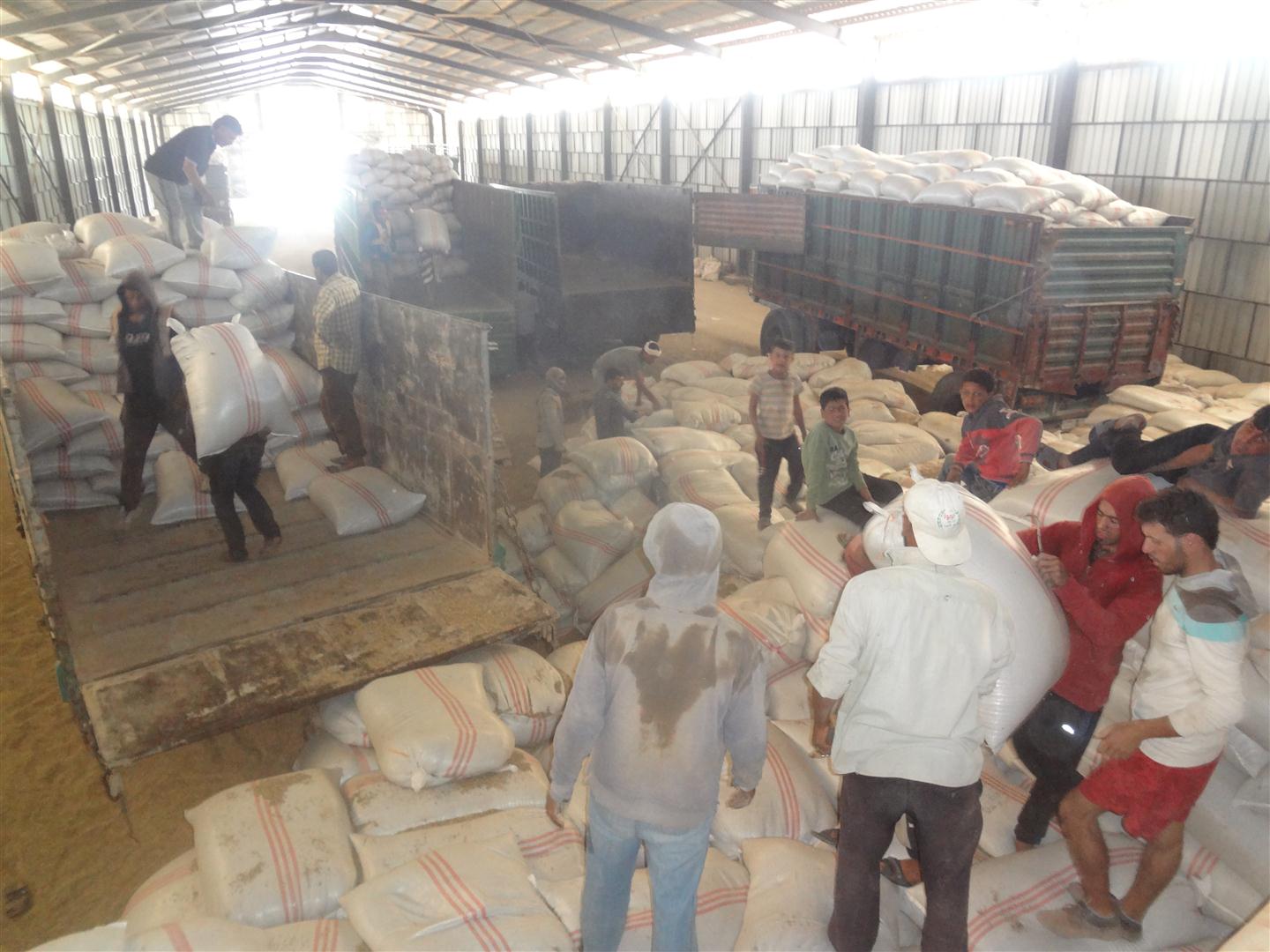 The agricultural cooperative society in Tel Temir [Til Tamer / Tal Tamir / Girê Xurma] is preparing to market and sell their crops of barley to Kobanî [Kobanê / Ayn al-Arab]. The committee supervising the coop said they will hold a meeting of 423 families participating in the cooperative in the next few days to distribute the profits among them.

The agricultural cooperative society, belonging to The Movement for a Democratic Society [Tev-Dem], formed a cooperative for people in the region with the aim of improving standards of living and strengthening the community economy, as well as developing agriculture in Tel Temir. The coop has been growing, with the participation of 423 families this year, in comparison with only 49 families last year, by allocating 20,000 acres for plant ing and investment, and every participant paying 25,000 Syrian Pounds. The coop takes the rest of the expenses upon itself.

The coop planted barley with the start of the season. There were some variations in rainfall. The barley season this year was moderate, against the expectations of supervisors, who though it would be abundant.

After reaping the harvest in May, prices of barley dropped significantly with a range of 50 to 60 SP, which led many supervisors to store the crops in warehouses to avoid potential losses that could be incurred.

After four months of storing, prices of barley witnessed a remarkable recovery and rose to more than 90 SP. The coop started selling the crops for 95.5 SP and made good profits, which were reflected back to the people participating in the coop.

According to the committee supervising the coop, this year’s barley crops will be marketed to Kobani, considering the decrease of barley production in the canton due to lack of rainfall, which led to shortage of barley.

In this context, Berjus Aziz, one of the supervisors of the cooperative, said that he would hold a meeting of coop members in the next few days to distribute the profits to them.

It is worth mentioning that the agricultural cooperative society was founded in 2014 and a committee of four people oversee its work. 423 families from Tel Temir were involved this year.