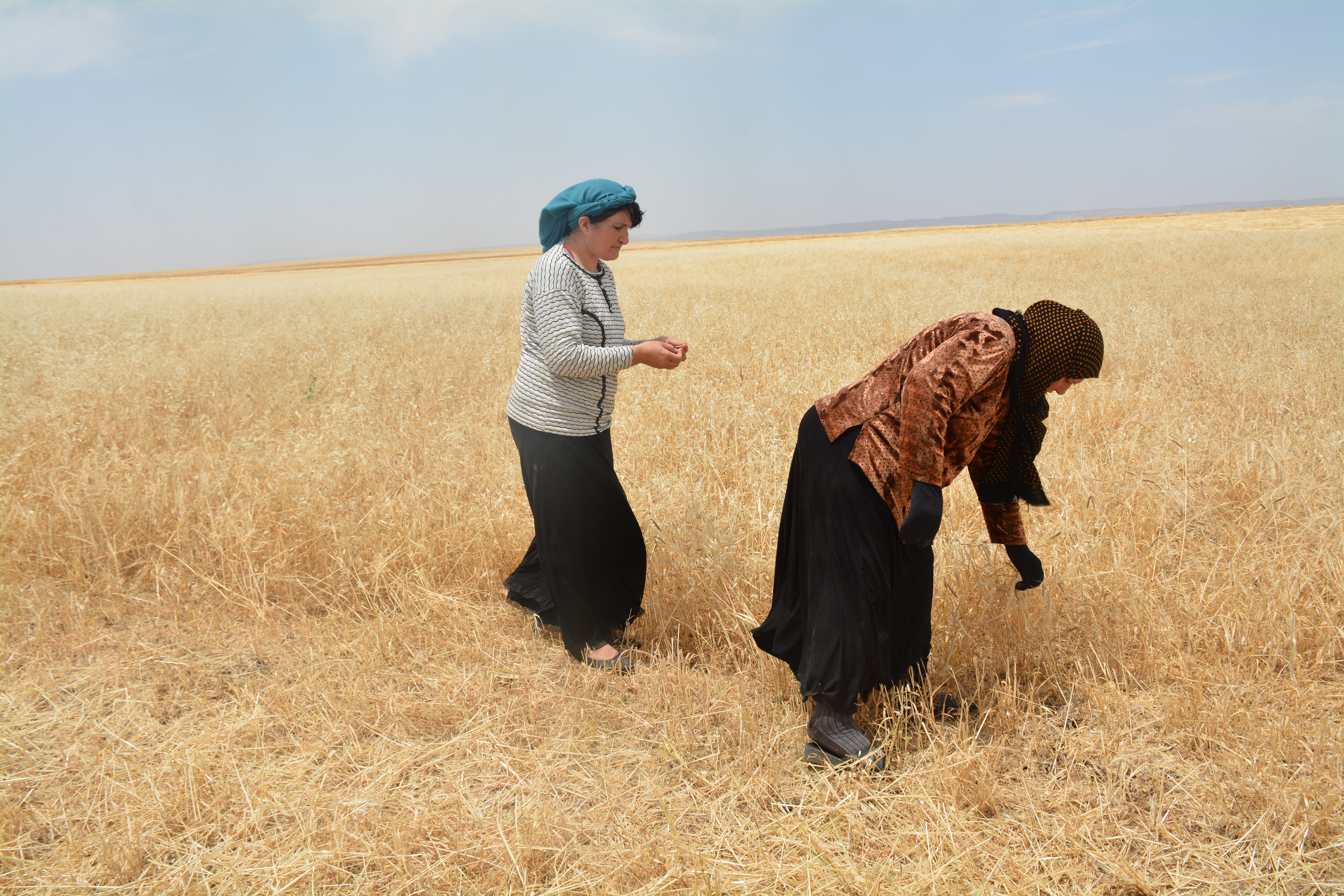 As harvest season began, the women who are members of the cooperative went to the farms in Qamishlo to start the harvest and then head to Tirbespiye [Tirbespî / Al-Qahtaniyah] for more crops.

The produce was stored after the harvest was finished, to be packaged and shipped later.

The Economic Committee of Kongreya Star formed the cooperative last October and the number of members reached 30 last year, while this year it increased to 160 members.