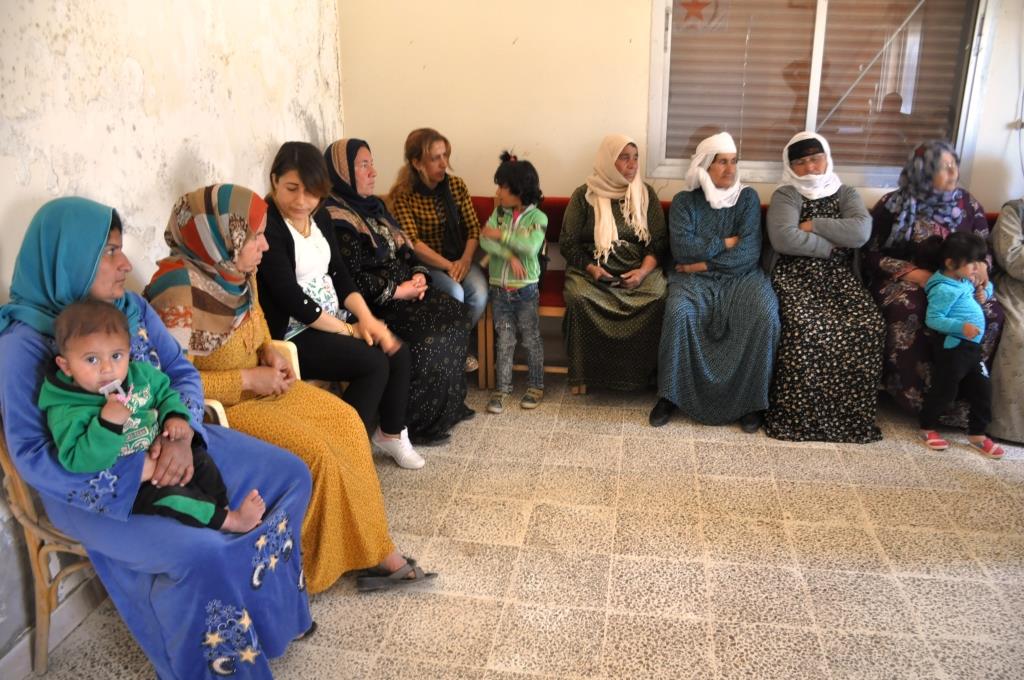 Participation is the essence of communal life, and this is what the people of Halanc village near Kobani have embodied by becoming medically independent.

Since activating the communes in Kobanî [Kantona Kobaniyê] once again by liberating it from Daesh [the Islamic State group] in 2016, people have started to self-organise by working in committees. These are the foundation on which to build a federal and democratic system in Northern Syria.

The House of Communes in the village includes the four communes that established the medical centre to help patients in Halanc and the surrounding villages.

By establishing this medical centre, the people in the village no longer need to go to city to seek medical help, except in cases of emergency.

Rosheen Mustafa is a nurse who works in the House of Communes. The people of her village, which has a population of 400, requested that she be trained to become a nurse.

The people of the village managed to collectively buy pressure gauges, sugar testers and other medical tools such as sterilisers and syringes. The medical tools are stored in what is known as the Village’s Medical Centre.

Rosheen said that she doesn’t only work in the medical centre, but also visits patients who cannot come to the centre, especially the elderly and those who suffer from burns.

The people of the village expressed their happiness at what the medical centre has achieved so far, looking after the patients and saving them from having to travel a long way to the city.

This brings people together, leading them to discuss and solve their daily issues together.