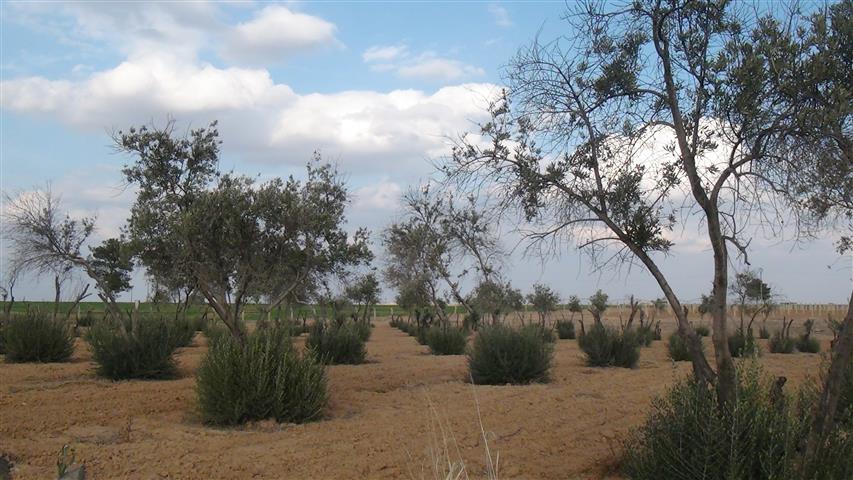 The Agricultural Council in Hasakah [Hesekê / Hesîçe / Al-Hasakah] started a cooperative society for the building of poultry houses and planting of fruit trees. It announced that registration will open on the 18th of February 2017, and their objective is to achieve self-sufficiency and develop the communal economy.

The Agricultural Council in Hasakah, which belongs to the Economic Committee in Jazira Canton [Kantona Cizîrê‎ / Cezîre], has carried out an inspection of the poultry houses in the town of Twina, east of Hasakah, which were inflicted with great damage due to looting and vandalism carried out by the armed groups that occupied the region. After the project was announced, the Agricultural Council decided to renovate the poultry houses, and to form a cooperative society to work on the project.

The project extends over 2,100 dunams [decares] of land, which is dedicated for poultry farming, production of feed, land treatment and cultivation of fruit trees.

The Council dedicated 10,150 square meters of land for the poultry houses, which will be divided into five units. The measure of each unit will be 507 square meters.

In order to water the trees and supply the needs of the poultry houses, the Council will maintain five wells that were found in the area of the project, and the tank where water is collected.

The Council announced that this project is a cooperative society that aims to improve the communal economy in the region.

According to administrators, registration will be open from the 18th of February to the 18th of March, and the price of participation in the project is 15,000 SYP.

In an interview, the supervisor of the project and member of the Council, Imad Muhammed, said, ”This project will help reduce the prices of meat and eggs in Jazira. It will also help the region to achieve self sufficiency.”

Imad added, ”The people who wish to participate in the project can enquire at the centre of the Agricultural Council which is located in the Al-Kalasah neighbourhood, to get a better understanding of the project.”