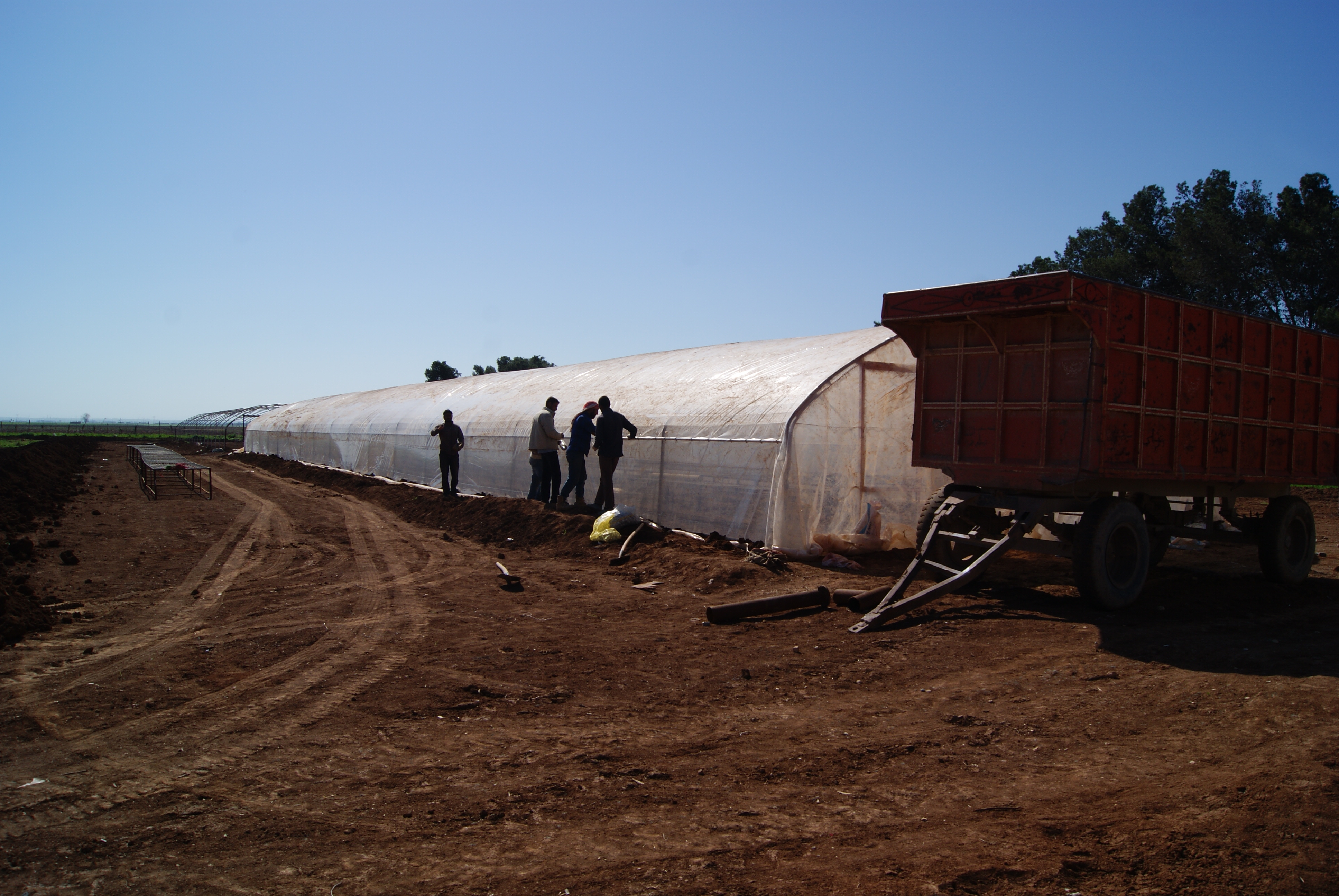 The co-operative movement in Rojava (the democratic, autonomous region in the north of Syria) and Bakur (the mostly-Kurdish region which lies within Turkey’s borders) is growing. Here, co-operatives are seen as an integral part of democracy – and vital to the development and integration of different parts of society. But very little of what is happening with co-ops in the region is written down – what is, is dispersed, and only a small amount of it is in English. Now two organisations are working to change this.

The Institute for Solidarity Economics (ISE) and Corporate Watch have launched a website – cooperativeeconomy.info – to provide an English language information resource for the co-operative and solidarity economy movements involved and interested in Rojava and Bakur. The aim is to create an open space where articles and case studies about co-operatives and the wider co-op economy in each area can be collected, making it easier for people to understand and learn about the alternative economic changes happening in the regions. As well as articles that have been published in English, there are ongoing translations from Turkish, Kurmanji, German, Spanish and Arabic.

Bistanen Rojava, or ‘The Greenhouse Project’, where women from 18 communes are to form a co-operative [photo: Jo Magpie]

“The more knowledge that we have of the achievements of the co-operative movement in the Kurdish regions, the more we can support and learn from our fellow co-operators there and the revolutionary way that they are transforming their economy under very challenging conditions,” says Colm Massey, of the ISE.

Ownership and equality in northern Syria

The ISE aims to support the grassroots movement for a just and sustainable economic system through research, collaboration and taking action to help build on the existing solidarity economy. As a movement, the solidarity economy was born as an alternative to capitalism, with grassroots communities seeking to increase the quality of life for their group or region through not-for-profit efforts. The expression “economia solidária” (solidarity economy) was coined in Brazil in the late 1980s – but the idea has also evolved in name and scope and is frequently referred to as the social and solidarity economy, or the solidarity-based economy.

Although still in its infancy, the co-operative and solidarity economy there is seen as the logical way to approach production

ISE’s partner in the project, Corporate Watch, is a not-for-profit co-operative providing research and information on the social and environmental impacts of corporations and capitalism. In 2015 and 2016, Corporate Watch has been working on a project focusing on Kurdish struggles in Rojava and Bakur.

In both of these regions – and others – people have had ecological destruction used as a tool of control against them for decades, says Mr Massey, so they have had to be “very creative” in organising their opposition. “They have tried many methods of resisting in the past with varying degrees of success but have also watched other opposition movements in the region turn into new forms of repression. This is partly why the new forms of organising in these regions have opted to put equality, direct democracy and anti-sectarianism at the core of their new institutions.”

“Although still in its infancy, the co-operative and solidarity economy there is seen as the logical way to approach production in a manner that reflects those values and methods of organising.”

Bîstanên Rojava (Farmers of Rojava, also referred to as “the greenhouse project”), was set up by Nahide [photo: Jo Magpie]

Jo Magpie, one of the co-ordinators for the cooperativeeconomy.info project, agrees. “The co-operative economy is very much a part of the wider ideology, which has grown and developed over the past 40 years in Rojava and Bakur,” she says.Both areas have embraced democratic confederalism, an ideology that describes itself as “rooted in participatory democracy and autonomy at the local level”, that is “open towards other political groups and factions. […] flexible, multi-cultural, anti-monopolistic, and consensus-oriented”.“The ideas encapsulated in democratic confederalism stand in stark contrast with the capitalist model,” adds Ms Magpie.“The emphasis is on community resilience, self-empowerment and equality, and the new structures being put into place support this. Co-operatives naturally fit into this system.”

On 29 January 2015, after 16 months under siege, the city of Kobanê on Syria’s northern border with Turkey was liberated through the work of several democratic forces. This, and the wider revolution taking place in the country, has provided an opportunity for the ideas and structures that have been simmering for the last 40 years to spread more broadly. “But it also brings challenges, such as an ongoing war, shortages in food and the fertilizer that the local farmers have traditionally relied upon, and large- scale emigration,” she says.

Mr Massey explains that as Rojava and Bakur are in a state of war, most of the information available about what is happening there is focused on military, human rights and humanitarian issues. “There was no easy way to discover what was happening in the less dramatic field of economic reform, especially in English. We felt that an essential first step to help the UK co-op movement engage with what is happening in the region was to create such a resource.”The ultimate aim of cooperativeeconomy.info is “to have the UK co-op movement actively engaged with and building real economic, educational and cultural links with the co-operatives in the region, and to have helped the people there rebuild their own economy,” he says. “It is also just as important for us in the UK co-op movement to learn how others organise under such challenging circumstances, to help us transform our own.”

The project has direct communication with people inside the region and is working on developing and strengthening those links. Groups and individuals from Rojava and Bakur are sending in articles, participating in and facilitating interviews and translating documents. “We are also exploring forming a delegation from the UK co-op movement to the region towards the end of this year and we have commitments from several co-ops in Rojava to host and facilitate the visit.”