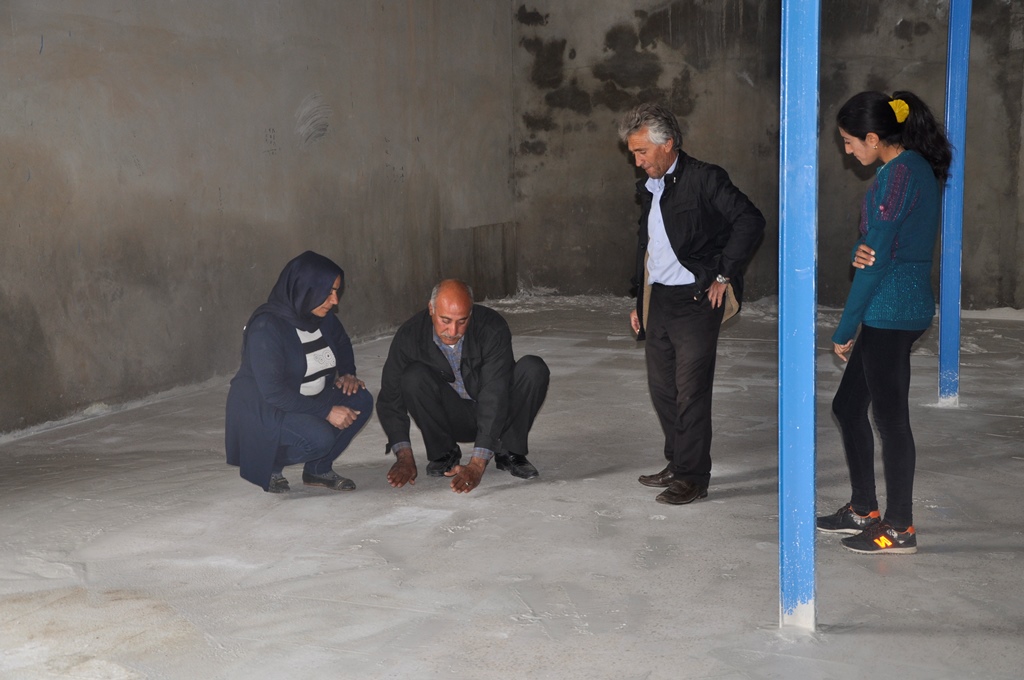 Amuda ─ The Council of Families of Martyrs in Amuda [Amûdê / Amouda] is preparing to open a cooperative society for the families of martyrs in the city. The cooperative is a pickle factory, and it involves the participation of 92 families.

The communal economy is developing among the institutions and people of Rojava, and leading to the formation of many cooperative societies with wide participation by people in the region, which in turn is improving the economy, and strengthening relationships between the members of society.

The cooperative is a factory for making pickles, using modern equipment. 2,000 square meters have been allocated for the project in the south of Amuda, on the road that connects Amuda and Hasakah [Hesekê / Hesîçe / Al-Hasakah].

Vegetables such as peppers, carrots, tomatoes, cucumbers and cabbage will be cleaned, cut and canned.

The Movement for A Democratic Society [TEV-DEM] and The Committee of Martyrs Affairs in Cizîrê Canton donated the equipment and the machinery to the factory, to support the striving families. The participants of the project will only pay for the vegetables.

In an interview with Hawar news, the supervisor of the project and member of The Council of Families of Martyrs in Amuda, Zyor Ali, said that the purpose of the project is to develop the communal economy and to improve the financial situation of the families of martyrs.

About the people who are going to work in the factory, Zyor said, “We will prioritise the families of martyrs who live in this region.”

Zyor explained that the work is going to be divided into two parts, first putting the vegetables into plastic tubs and letting them pickle, and then marketing them. He said, ”After the vegetables are pickled and canned, they will be sold. The priority sales will be for the armed forces, the Syrian Democratic Forces [SDF], People Protection Units [YPG] and Women’s Protection Units [YPJ]. They will also be distributed in markets around the city. We can also produce pickles according to the demand of traders.”

Zyor concluded by saying, “This project will help the region to achieve self sufficiency, and it will also curb the monopoly of traders and reduce the impact of the siege that is imposed on the region, as well as strengthening the relationships between the families of the martyrs.”