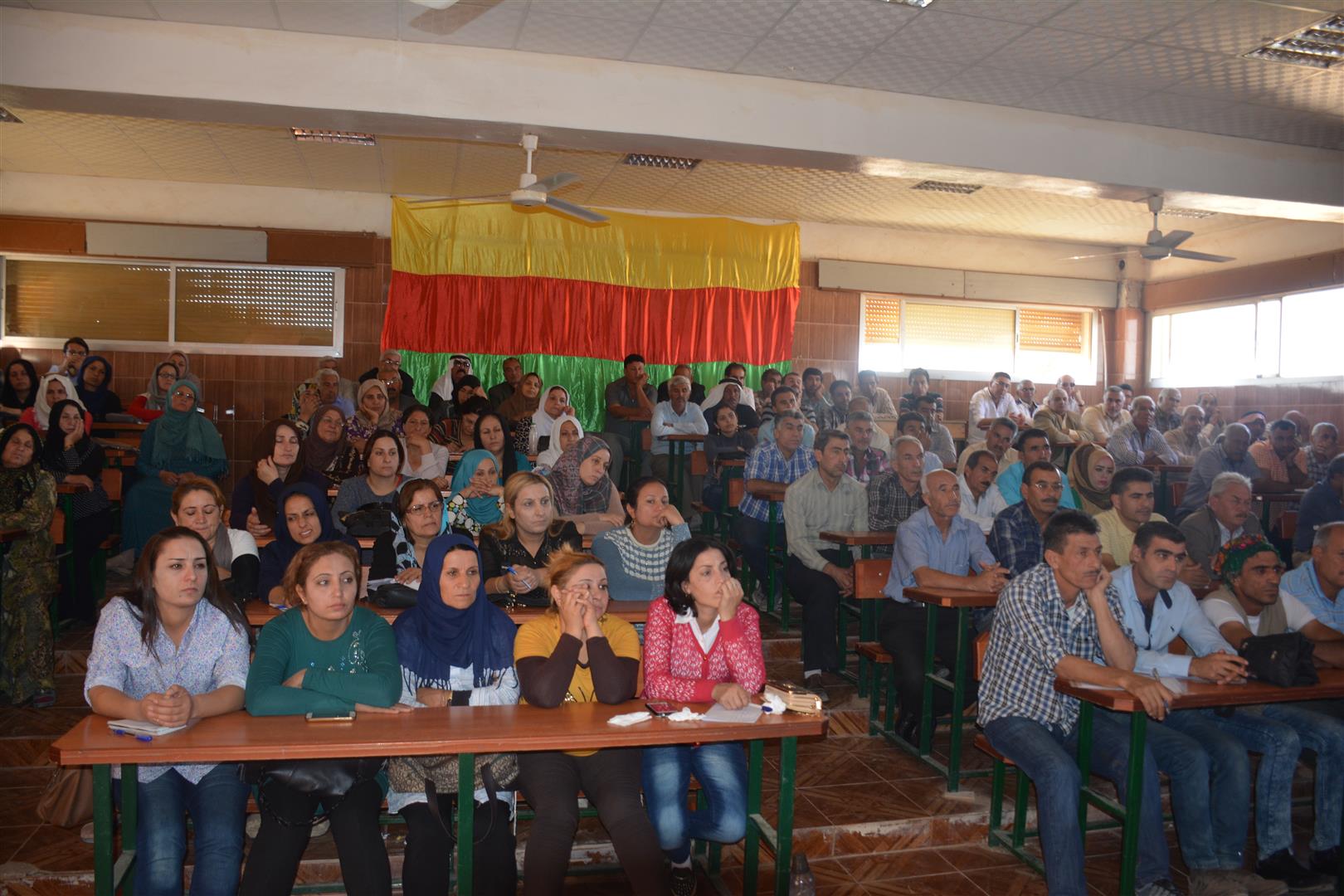 The Economic Committee in Cizîrê‎ Canton formed 21 agricultural cooperative societies in Hesekê and its rural surroundings, including three special cooperatives for women, during a meeting.

The Economic Committee of the Movement for a Democratic Society [TEV DEM] today held a meeting for the people of Hesekê in the lecture hall of The United Youths of Rojava, in Kalasi street, Hesekê [Hesîçe / Al-Hasakah], in the Cizîrê‎ Canton [Kantona Cezîre / Jazira Canton], with the aim of improving the economy in Hesekê and its rural surroundings.

The meeting started with a moment of silence, followed by a reading of the interior system of the cooperative societies, by the administrator in the Economic Committee, Hasan Gardon, which covered ten essential points:

After finishing reading the interior system, discussions were opened about the cooperative societies and these essential points. The attendees insisted that the region needs these kinds of cooperatives, especially in these harsh economic conditions and the siege imposed on Rojava.

At the end of the meeting, 21 agricultural cooperative societies were formed, three of which were special cooperatives for women.

65,000 acres of agricultural land will be allocated to the cooperatives from, which 10,000 will be for the special women’s cooperatives.