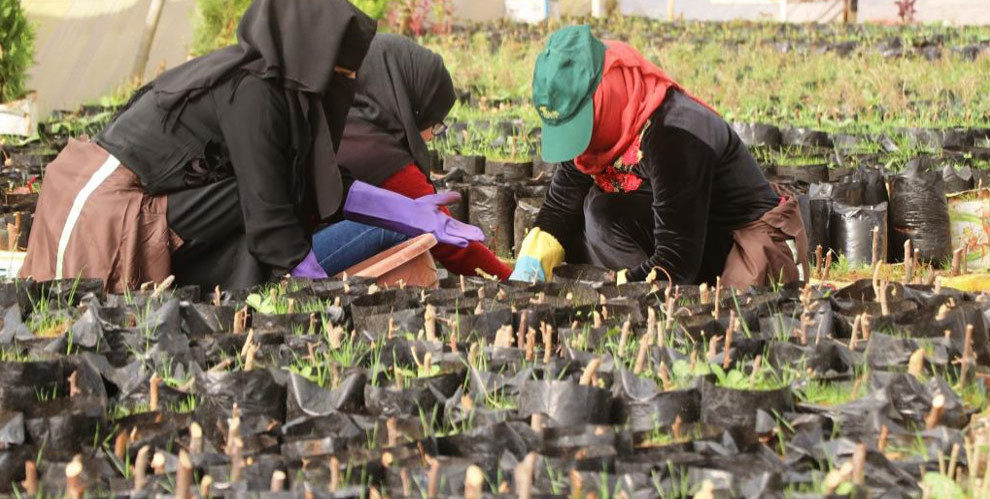 Last March, a reforestation campaign was launched in the northern Syrian town of Raqqa, which had been destroyed by the ISIS terror regime. Since then, around 100,000 olive trees have been planted throughout the city.

The North Syrian city of Raqqa has always been considered multicultural and liberal. Then it became the “capital” of the self-proclaimed caliphate of the ISIS and terror became part of everyday life. During the reign of terror of the ISIS, Raqqa was almost completely destroyed as the organization led a campaign of annihilation against people, nature, culture and history.

Since the city was liberated by the Syrian Democratic Forces (SDF) in October 2017, the Civil Council of Raqqa has been working to rebuild the infrastructure. The People’s Municipality is taking care of the restoration of the green areas and parks in cooperation with the Environment Committee and the Parking Management Committee. The ISIS had destroyed almost all parks and gardens during its reign of terror. Many green areas in Raqqa and outside the city had become mass graves.

In March last year, the self-governing city initiated a reforestation campaign. Since then, around 100,000 olive trees have been planted throughout the city as part of the greening plan drawn up for Raqqa. At the same time, the Civil Council distributes tree seedlings free of charge to the inhabitants in the rural areas to bring about a change in social thinking as well.