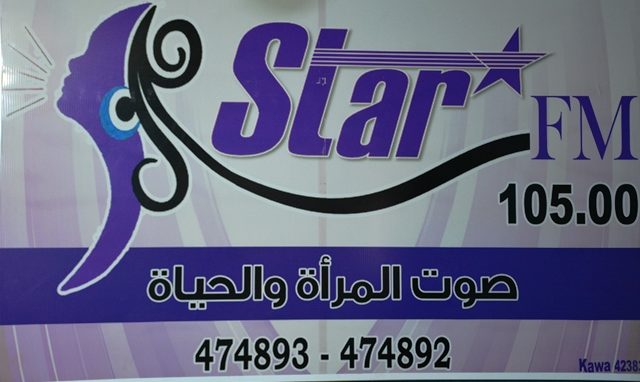 Star FM Radio has been working for two years to become the voice of life and women. With autonomous initiative and a lot of effort, it has reached the society and enhanced women’s role in all aspects.

Star FM Radio was established on 15 January, 2017 and now plays a major role for women’s media in the al-Jazeera region. A group of journalists were able to reach inside the society and highlight women’s role in all aspects of life, and the project seeks to develop its capabilities to reach all areas of NE Syria.

Barbaric attacks of the Turkish occupation on NE Syria have affected the development of Star FM. These attacks have continued throughout the past year on NE Syria, which have prevented the radio from reaching all of the region.

Ava Shane Helen, one of the supervisors of Star FM Radio in the Tirbespiyê district, said, “The radio was established to show women’s voice, colour, feelings and role in society.

Star FM Radio was able to play a great role in showing the Turkish occupation’s crimes against the people of NE Syria.

Journalist Lilav Hassan, who also works in Star FM Radio, pointed out that Star FM managed throughout this year to publish their news and programs in three languages, which were Arabic, Kurdish and Syriac, and was also able to show the pioneering role of women in society through the programs that they have prepared and broadcast.